How to Tell a Ductile Iron Pipe from a Cast Iron Pipe?

The ductile iron pipe was first manufactured in the 1950s. It was first sold commercially in the 1960s and most installations were completed in the 1970s or later. If the pipe is older than this, it is cast iron. Cast iron pipes are much longer than ductile pipes, which eventually replaced them. Cast iron pipes of similar construction to ductile pipes have been in active use in North America for at least one hundred and fifty years. Another indication of whether a pipe section is ductile or cast is its smoothness. Cast iron is usually smoother than ductile. Most ductile products have a distinctive "spike" pattern as if someone had beaten it with a hammer.

Step 2:Look for markings on the face of the bell flange. 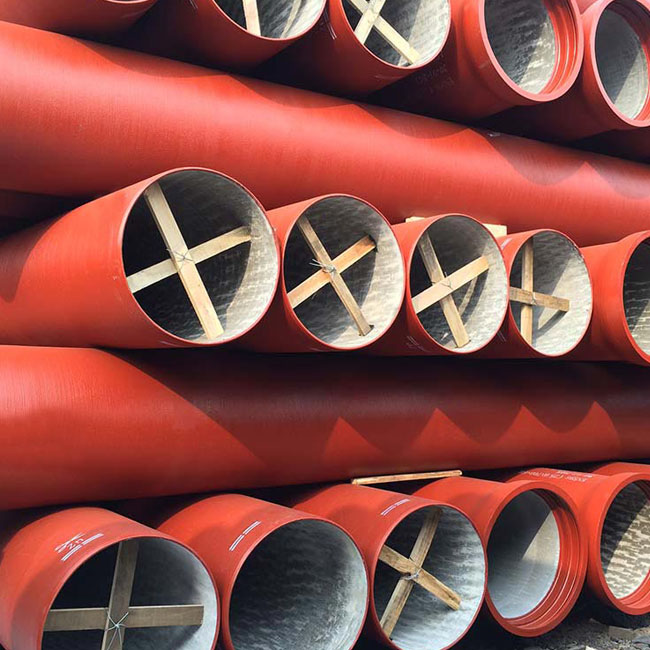 Cast iron and ductile iron pipes are factories painted with one or more grade marks. The cast iron class numbers are in the 1920s. The ductile class numbering has been revised several times. When ductile pipes were first introduced, they were marked with a grade marking between "2" and "6". Around the 1970s, thickness classes were introduced. At this time ductile pipes were produced with markings between "50" and "56". Later, in the 1990s, markings were introduced on the pipe to indicate how many pounds of pressure per square inch could be withstood. Depending on the thickness of the ductile pipe, most ductile iron pipes can withstand pressures of 150 psi to 350 psi.

Check the exact composition by using a spectrometer or perform a laboratory identification by tensile testing. The ultimate strength of cast iron is 20,000 psi. ductile iron has an ultimate tensile strength of over 60,000 psi and yield strength of 42,000 psi. during the test, ductile iron will elongate by approximately 10% before fracture. This sequence of test results is usually written as 60-42-10.