In terms of professional knowledge, the general nodular cast iron in the national standard is represented by QT400-15, QT400-18, etc. Where QT is the abbreviation of the first capital letter of ductile iron, 400 refers to the tensile strength of the part, 15. 18 refers to elongation. There are many ways to express nodular cast iron abroad, such as EN-GJS-400-15/18 in the European standard and GGG40/GGG40.3/GGG50 in the German standard.

Gray cast iron in the national standard is generally represented by HT150, HT200, HT250, etc., where HT is the abbreviation of the first capital letter of gray cast iron, 150 refers to the tensile strength of the part, and the representation method of gray iron in the German standard is GGG15 /GGG20/GGG25/GGG30 and so on.

The graphite in the gray cast iron structure is in the form of flakes, and the graphite in the nodular cast iron structure is in the form of spherulites; gray cast iron has low strength and plasticity (the flake graphite splits the matrix and causes stress concentration), is brittle, and has good vibration damping properties. It is mainly used to produce parts with low strength requirements; the spherical graphite has the lowest splitting effect on the matrix and the minimum stress concentration. It can give full play to the performance of the matrix and has a certain degree of plasticity and good toughness.

Therefore, the strength of ductile iron is much higher than that of gray cast iron. 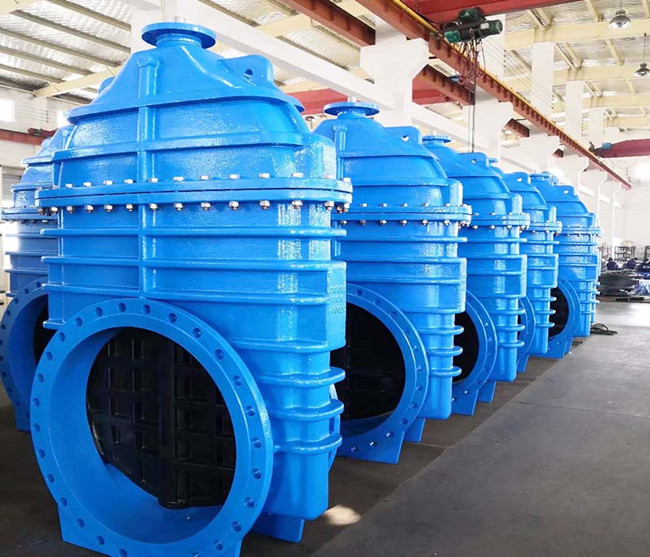 Distinguish from the scene

So if you are on-site, how to distinguish ductile iron valves from gray iron valves? BAND VALVE provides you with a few suggestions!

1. Look at the cutting surface.

Gray iron: It is gray, with a very dark luster, and the surface looks rough.

Ductile iron: gray, brighter than gray iron, and the surface roughness is like gray iron.

Gray iron: The filing resistance is low, the file is "sweeping" when filing, and the file is rarely sticky. The crumbs are gray-black with a small amount of silver-white bright spots. Look closely at the different particle sizes, mainly small particles. Grinding with your fingers can easily stain your fingers black.

Ductile iron: The resistance of filing is slightly larger than that of gray iron, and there is also a more obvious "swish" sound. It rarely sticks to the file, and the chip is gray-black with fine bright spots. The particle size varies, but large particles are used. Mainly, grinding the dust with your fingers can make your fingers black, but it is less black than gray iron.

3. Listen to the percussion.

Gray Iron: The voice is low and the duration is extremely short.

Ductile Iron: The sound is clear and crisp, with reverberation, and the duration is short.

If you have requirements for ductile iron valves, you can contact us for details!