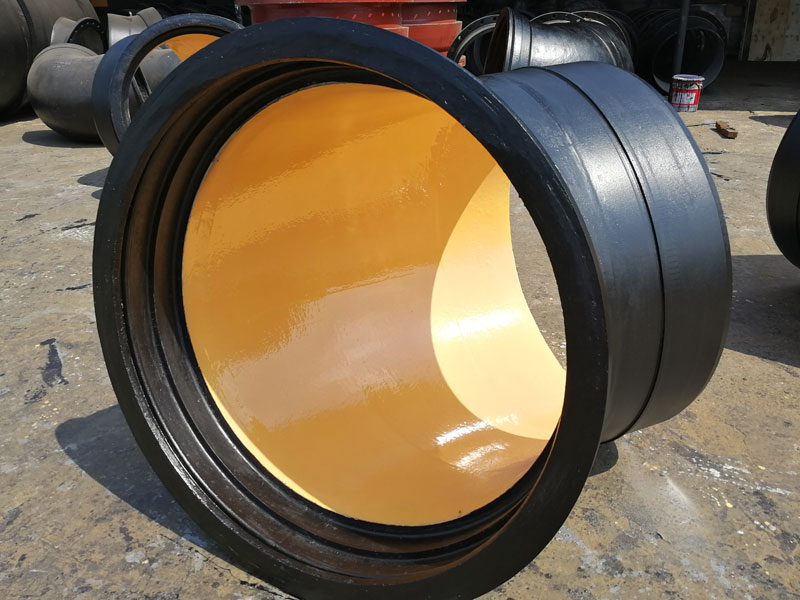 PU coating has strong mechanical strength, rock impact resistance and soil stress resistance, it can hardly be damaged during handling and installation. Due to good water resistance and zero anti-permeability coefficient, the coating won’t suffer from shellfish erosion when applied in the marine environment for a long time. Due to its good performance in chemical resistance and electric corrosion resistance, ductile iron pipes with PU coating can be applied to complicated soil environment, with prolonged life span.

Pipes and fittings with PU coating can be applied to the soil environment with very strong aggressivity and all other types of soil listed below:

Humid regions such as harbor and marshes; Hydrous area that is salty and alkaline etc.

How to do the Soil aggressivity evaluation ?

Pipelines buried underground will be exposed to various corrosive elements, including the aggressive soil and backfilled soil, and soil polarity caused by local topographical and backfilling. Therefore, technicians should familiarize themselves with the topographical and geography of the targeted area through topographical map, based on which initial analysis shall be formed on the corrosivity of the soil. Then, through on-site examination, further analysis shall be made. Finally, through lab-test of the sample soil, precise judgement will be made.

Data collection —— Collect the topographical information for the area of pipeline burrial, such as the distribution and altitudes of level ground, hills, swamp lands, paddy fields, rivers and beaches, soil types of various regions, transitional areas of two different soils and the terrains with great changes. For example, in the dry area in high altitude, the soil tends to be less aggressive; while in damp areas in low altitude such as ponds, lakes, marshes and peat beds, the soil tends to be more aggressive due to rich humic acid and anaerobes. In the river mouths, lowland, marshes, saline and alkaline lands and other regions along the sea, the aggressivity of soil is probably high. —— Collect potential corrosive elements for the embedded ductile iron pipes along the pipeline, including corrosive sewage discharged from livestock farms, wineries, paper mills and other factories, or from local residence. —— Collect potential disturbing power sources near the pipelines that probably corrode ductile iron pipes, such as power plants, substations, HV transmission lines, and other forms of DC and AC interfering power sources. ——Gather local meteorological data, including maximum and minimum temperature, average temperature per year, soil temperature at the burial depth of ductile iron pipes, soil freezing depth, underground water level, rainfall volume and sunlight intensity, etc. —— A report shall be issued with information mentioned above for the reference of designers. 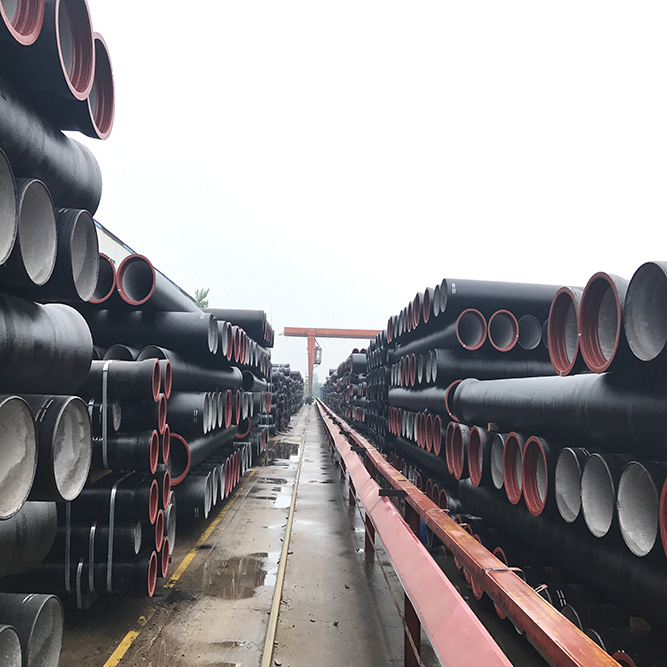 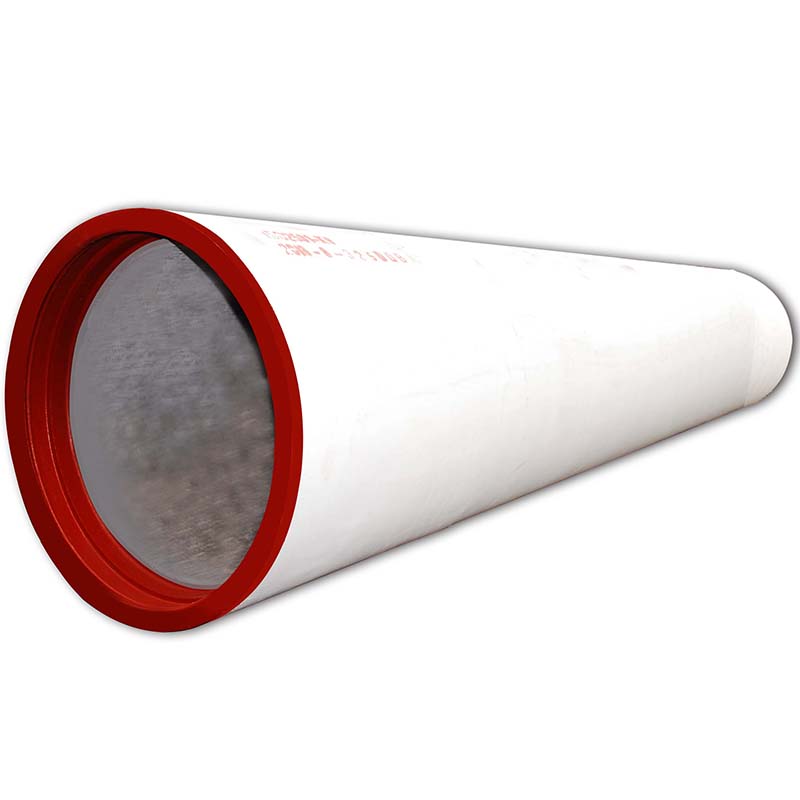 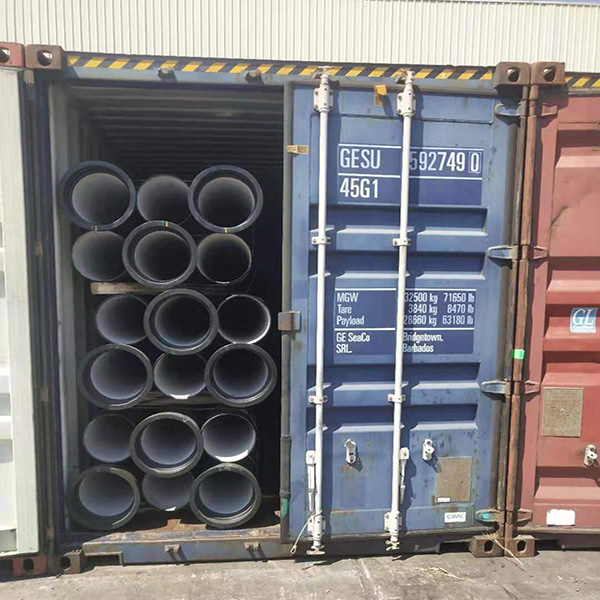 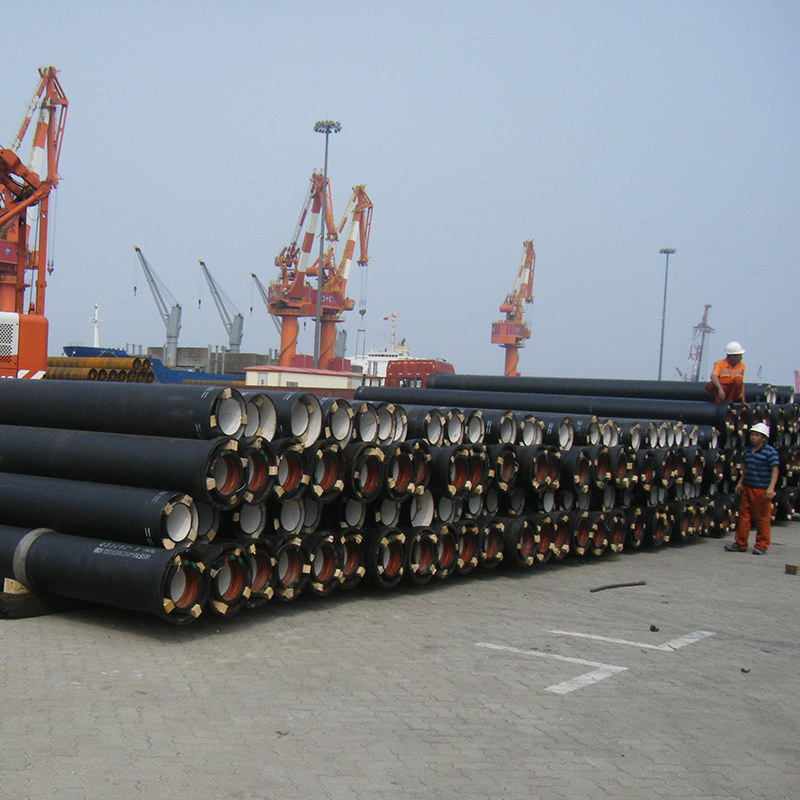